Natural systems: The fusion of technology with Nature 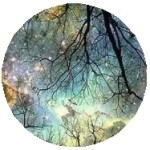 Apart from Wind, Undercurrent, Geothermal sources – the Sun’s rays can be utilised to their full extent by reflecting its rays onto one point, in this case a solar tower which generates tremendous amounts of heat & electrical energies

Based on the same concept: Reflectors, or the sun itself draw in and superheat air molecules, which move through turbines within the pyramid – generating electricity

Arcologies are super architectures for population-dense areas; leaving the horizons untouched for Nature to flourish

BIogas is a system where manure & drainage wastes are collected and stored in tanks, the methane collected can be utilised for energy production or stored in gas canisters. Biomethane is also being used to power vehicles. The residual waste is can be used as a fertiliser – it’s all about efficiency.

Aquaponics is a soil-less farming system where fish & marine waste is pumped into plant substrates without the use of large amounts of land & water. The plant roots absorb these nutritive substances, in turn purifying the water for the fish.

This system can be used in a vertical farm to both rear fish and grow large amounts of vegetables without any waste products, pesticides & fertilizers. Individuals are also utilising Aquaponics in cargo containers parked a few km from restaurants – delivering fresh produce daily to large cities (which are hopelessly dependent on constant food shipment from farms, thousands of miles away).

Aeroponics is the system where air vapor laden with nutrients is diffused to plant roots inside a sealed system utilising no soil whatsoever.

It is being considered for use in the ISS wherein astronauts can grow their own food instead of relying on supply shipment missions.

Mushrooms are a unique species which can be utilised for a variety of concerns.

Its mycelial roots can hold 30 thousand times its weight, thus can be used for preventing soil erosion.

Mushrooms are also the most capable decomposers of dangerous chemicals including arsenic, heavy metals, radioactive caesium and oil.The picture above is the result of Oyster mushrooms blooming on a severely polluted oil mound, from 10,000 parts per million – the mound got reduced to 200 ppm in just 8 weeks.

Thus they are ideal for cleaning oilspills, chemical spills, and other dangerous wastes from factories, rubbish dumps & treatment plants.

Furthermore a mushroom species discovered recently from the Amazon (Pestalotiopsis microspora) can safely decompose plastic within a matter of days.

Mychorrizal mushrooms supply nutrients to the forests and ecosystems, they act as a network underground to sustain and ensure the quick and harmonious growth of all living systems

Moreover, mushrooms share the same pathogens as humans, breathe oxygen and exhale carbon dioxide as we do, so it is not surprising that many mushroom species have developed substances with direct anti-viral and anti-bacterial activity on HIV, smallpox, hepatitis, influenza, e.coli & staphylococci amongst many other diseases.

The most effective of systems are already in place around us and within us – they speak a hushed tone..
Science is humanities’ ears, its function is to listen and re-apply – if it starts speaking instead of listening, it will inevitably go in circles wasting valuable time.
Science’s evolution lies only in its humility to Nature. 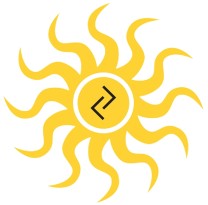